One of Ireland’s most distinctive flowers, the snowdrop is often the first flower to appear in the year. Like many over-wintering bulbs the snowdrop requires a period of sharp cold in order to germinate correctly. The flower’s downwards orientation protects the flower from sudden spring showers and snowfalls. This perennial flower is an important source of early pollen for our native bees and butterflies as they emerge from their winter torpor.

The snowdrop favours damp woods or open areas such as riverbanks and road verges. It is a hardy flower and resilient against cold temperatures and changeable weather. They thrive in the slightly acidic soils common to many parts of Ireland.

Snowdrop can refer to one of twenty different species within the family, but the most common Irish snowdrop is Galanthus nivalis. Snowdrops are most commonly found in the south-eastern parts of Ireland but are often present in gardens or as naturalised garden-escapees elsewhere.

Snowdrops are native to Europe and the Middle-East and were introduced as ornamental plants elsewhere. While solid records are hard to come by, G. nivalis was probably introduced to Ireland in the 16th century. 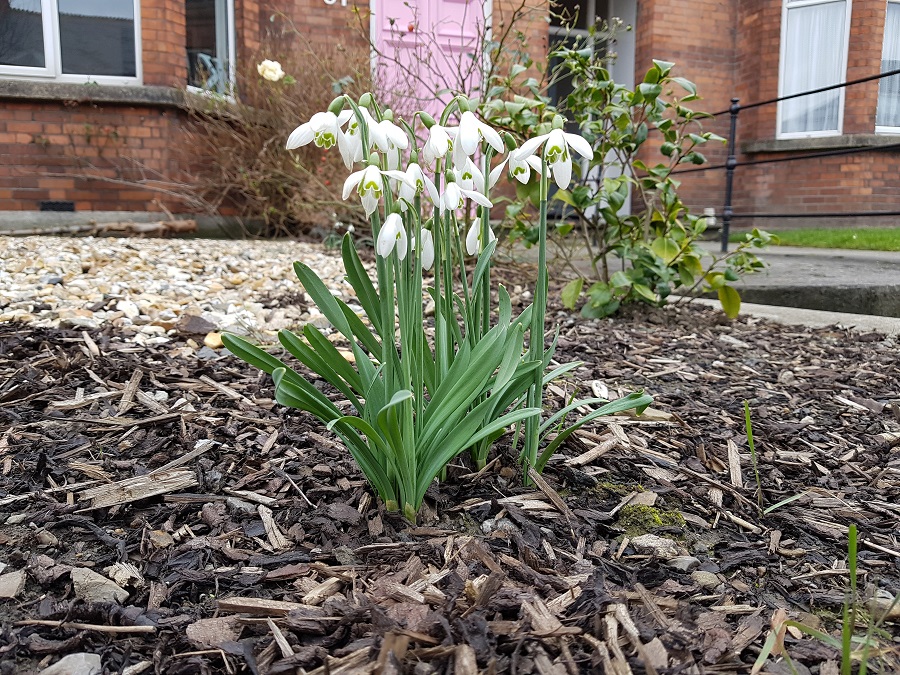 About Aoife Rose O'Reilly 3 Articles
Aoife is a freelance science and creative writer with a background in geology, biology and natural sciences. Her hobbies include dance, photography and trying to keep her houseplants alive.
Contact: Website Facebook Twitter