Wildlife crime is a global problem that effects many different kinds of wildlife, perhaps most well-known is the poaching of rhino horns and elephant tusks.  However, poaching does not just occur in animals but can occur in plants too.  This article will focus on the poaching of the iconic and beautiful tree, the Californian Redwood (Sequoia sempervirens).  The coast redwoods are among some of the oldest trees in the world and have stood the test of time, yet these trees are under threat.  Redwoods are like mini-ecosystems and support many organisms which will also feel the effects of poaching.  Most of the population occurs in protected Redwood National and State Parks (RNSP) where poaching is forbidden.  The (RNSP) rangers both federal and state have battled against the poaching of coast redwood burls in recent years.  What exactly is a burl?  A burl is a growth combination of bud tissue containing the genetic code of the tree.  These burls are capable of sprouting new redwoods once the old tree falls.  The burls are usually found around the base of the tree and occur on a small portion of redwoods.  The coast redwood population is considered endangered by the IUCN.

Why would anyone want a growth of plant tissue? Well, redwood burls can be turned into luxury furniture and ornaments and are especially attractive because of the pattern and durability of the wood.  Due to high demand burls can sell for thousands of dollars.  Burls are usually sold to burl shops.  Part of the problem with controlling burl poaching is that the sale of burls to burl shops is unregulated.  This makes it difficult to track where the illegal burls end up.  Poaching in combination with loss of habitat poses a huge threat to populations of both plants and animals particularly endangered species including the coast redwood.  Cutting the burls off the tree not only removes the genetic information and potential to sprout new redwoods, it does huge damage to the tree and leaves it open to disease.  This could have detrimental effects on the conservation of the population.  The redwood forests are also a prominent feature of California’s national parks attracting many visitors every year.  The rangers who look after the parks are faced with many obstacles when trying to catch the poachers.  The parks are enormous and there are only 12 rangers to cover an area of 560km2.  Poachers usually strike at night and seem to only attack a target tree once even if there are more burls to be taken on that tree.

How can redwood burl poaching be combatted?  New strategies are being developed to aid the (RNSP) in the conservation of coastal redwoods.  The application of crime pattern theory to ecology and conservation is one angle being researched.  It looks at understanding patterns of crime in time and space and find the origins of the crime in the physical and social environment.  The redwoods have the advantage of being stationary targets making this strategy easier to apply.  Some of the risk factors associated with increased likelihood of redwood burl poaching are the number of burl shops in the area and proximity to roads.  Most burls are usually cut less than 10 feet from the ground so within arm’s reach even if the tree has other burls higher up.  Studies found that many of the target trees are less than 100 feet from a road.

The use of crime pattern theory uses the information gathered to identify hotspots of potential poaching targets.  Interviewing park rangers to learn about local knowledge and undertaking systematic studies of poaching sites allows important observations and findings to be made.  This could help park rangers allocate their limited resources with the greatest effect.  Hopefully, this will aid in the protection and conservation of this brilliant species.

Enjoy reading about Plant Crime? check out BioWeb’s other articles on Poaching:

About Muireann Cotter 1 Article
Bachelor’s degree in Botany from Trinity College Dublin and beginning a Master’s degree in Global Change at University College Dublin. I have always had an interest in the natural world and science communication. I hope to share interesting information about some fascinating topics that may be new to some people and add to what other people know.
Contact: Website 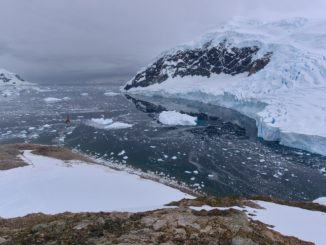 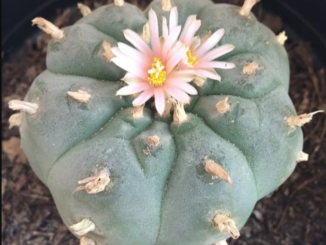