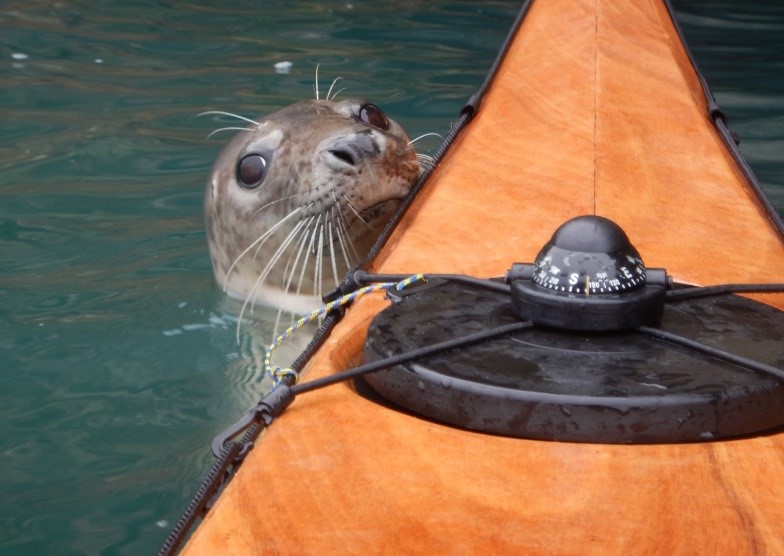 Ireland regularly supports in 7000-9000 Grey Seals [1] Halichoerus grypus and 2000+ Harbour (Common) Seals [2] Phoca vitulina. Major strongholds are on the south and west coasts and islands but several sites on the East coast of Ireland, including Dublin Bay and its immediate environs, support smaller numbers of both species. These populations are in close proximity to significant urban areas and this means they come into contact with people regularly. This can be both a problem for the seals (e.g. through disturbance or persecution) and an opportunity for engaging people with these attractive, impressive and generally popular animals.

In order to assess the population and distribution of both species in the Dublin Bay area, the Irish Seal Sanctuary (ISS) carried out a co-ordinated count across Dublin Bay and Ireland’s Eye in September 2018 using a network of counters and boat surveys, the survey was given funding support by Dublin City Council. ALCnature was contracted by ISS to produce survey materials, advise on methods, compile and analyse data and produce this report documenting the approach, results and making recommendations for future surveys. 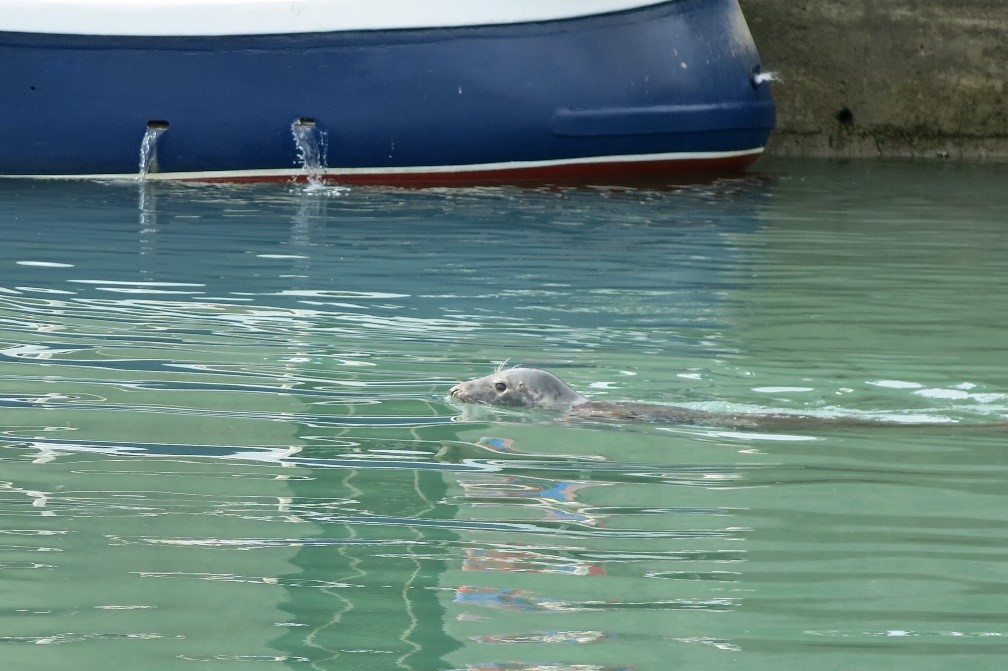 Due to the varied nature of the shoreline and the presence of offshore islands, the survey was carried out both from land-based vantage points and from boats and kayaks where necessary. No aerial survey techniques were used. The aim being to achieve at least 1 high quality, co-ordinated, count of the full survey area during the survey period. Additional counts were then used to identify gaps, issues and to provide back up for poor count conditions where necessary.

Field methods were adapted from Ó Cadhla, (2017) Harbour Seal Survey 2017 Guidelines (NPWS, unpublished). These were felt to provide the best methods available for surveying both species of seals present and for the range of conditions likely to be encountered. Given the potential for identification challenges of seals at distance, assistance with identification was also provided in the form of an ID chart.  Field maps were provided of each count section on which surveyors could mark haul out sites and other pertinent details.

The survey was carried out over the weekend of 22nd and 23rd September 2018. The weather during the survey was largely favourable with winds only increasing to moderate on the second day and with a benign day of light winds on day 1. Count quality was highest on day 1 (22/09). The survey was timed to coincide the window of 2 hours before and after low tide. This provided the best opportunity for seals to be hauled out. The autumn dates meant that it was best timed for Grey Seals when their attendance at the colonies and haul outs would be close to its highest. While this was less optimal for Harbour Seal. Results were returned quickly to the survey co-ordinator either on paper forms provided or electronically. 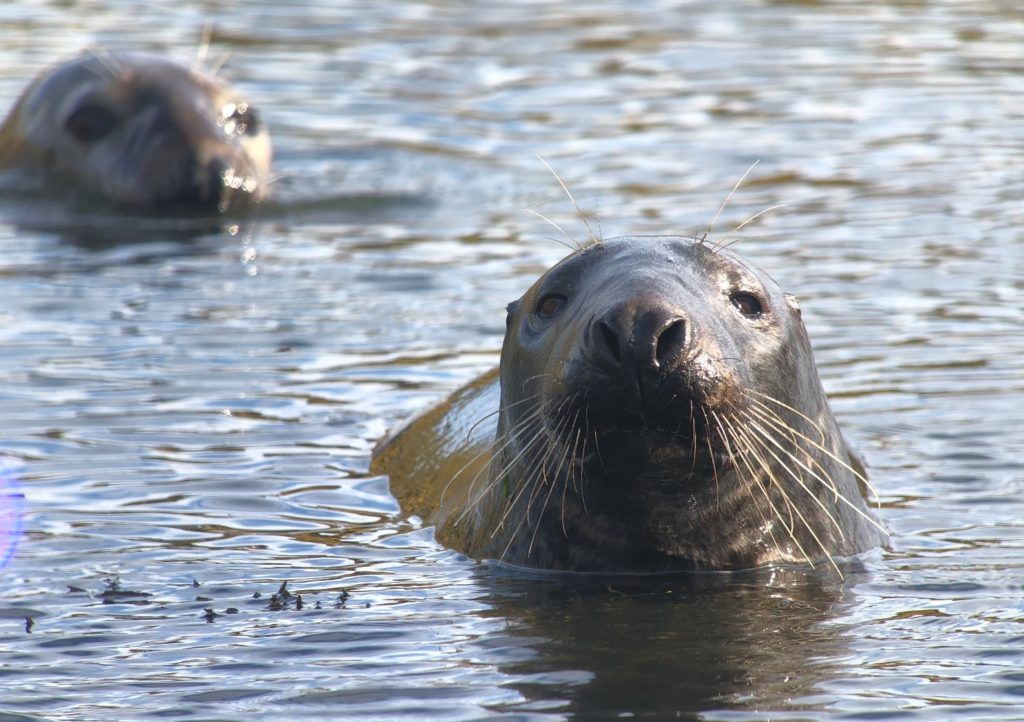 Full and well-coordinated coverage was achieved on 2 out of the 6 counts. These were the optimum count times falling at or about the peak of low tide. These counts form the basis for calculating the population size encountered. With the peak count of the adult population occurring on the 22nd September and the highest number of detectable pups on 23rd September.

It was not possible to accurately assess the age distribution given the variable range of expertise of the surveyors and as a result all well grown adults and 1st year + individuals were assigned as “adult/immature”, with only obvious pups being classed separately.

The minimum population size estimated during the survey is 92 Grey Seals and 5 Harbour Seals (see Table 1). This is derived from the highest count total from single co-ordinated “full” counts with additional information from partial counts used where clearly identifiable separate/additional individuals can determined. In the case of Grey Seals, this was limited to pups and a peak pup count of 4 animals was detected on 23rd September.

The relative abundance of all seals across the site across all counts is shown in Figure 1. This is based on % occurrence of all sightings. The distribution of seals within the survey area is focussed around 3 key sites; Ireland’s Eye to the north, holding the highest proportion of all seals (all Grey), Sutton Creek holding the main concentration of Harbour Seals recorded (only one seen away from this area) and Dalkey Island in the south, holding another concentration of Grey Seals. The relatively busy areas either for recreational use or for commercial traffic from Dollymount to Scotsman’s Bay had few seals present.

The population may be best expressed for Grey Seals as a range of 92-111 as there may be some level of duplication if totalling site maxima across the counts period. The Harbour Seal minimum population estimate is 5 but it is likely given the widespread sightings of an additional 2 individuals well away from the 5 seen at Sutton creek that a minimum of 7 is reasonable and particularly given this is thought to be low due to count timing.

The survey conditions on both survey days were favourable albeit the lower light and higher winds of the later counts carried out on 23rd September may have compromised counts at some level and may explain the lower numbers of grey seals observed overall. The coordinated low tide peak counts are thought to be relatively robust with good observer coverage at key sites.  The detectability of Grey Seal pups is likely to be low as they often occupy caves and as such the pups counts should be taken as a minimum. The total population as determined at 90+ individuals of Grey seal may just exceed the 1% level of the national population.  The 5 (possibly 7) Harbour Seals is not within the range of significance and falls well short of the expected population size for the survey area probably due to sub-optimal survey timing for this species.  Disturbance of the haul out site at Sutton Creek/Bull Island spit by dog walkers may have limited seal attendance there as dog walkers and dogs off-lead were noted at the spit during the count periods.

The timing of the survey coincided with the weekend and this may have affected the presence of Harbour seals at key beach haul out sites, notably the Bull Island. The survey timing was not optimal for Harbour seal and the population detected was likely much lower than that which would be encountered during spring and summer months. The optimal census period for Harbour seals, being June/July, was missed and thus this estimate should not be used to assess the status of the Harbour Seal population in the survey area.

Surveyors managed to achieve good coverage across the survey area. The return of data was prompt and, in most cases, utilised the survey sheets. Where survey sheets were not used it was harder to decipher the key information and this could be enhanced through enhancement of the recording forms and surveyor training. There was some level of ambiguity in relation to adult and immature seal ages and only one case of questioned identification which was able to be resolved through examination of photographs. This could be enhanced through training and further clarity on ageing. Surveyor expertise was variable from very experienced to relative novice level and future surveys would benefit from provision of surveyor training and a briefing session in advance of the survey visit to ensure coordination is a smooth as possible. The survey method appeared robust for Grey Seal but an additional survey for Harbour Seal should be carried out to gain population information for that species. Additionally, some work to examine the timing of peak pupping/occurrence of Grey Seals would assist in determining a more accurate survey window to determine peak population size. Consideration of aspects of timing such as utilising mid-week periods may also finesse the methodology further. A means of collecting ad hoc records from the public throughout the year would be of value also and could be an excellent means of engagement of the public in seal conservation and welfare.

Some key recommendations to take account of in future efforts to monitor the seals of Dublin Bay include:

This report was produced by Alan Lauder of ALCnature on behalf of the Irish Seal Sanctuary. GIS mapping support was provided by CL Spatial.

The Irish Seal Sanctuary would like to thank Dublin City Council and the National Parks and Wildlife Service of the Department of Culture, Heritage and the Gaeltacht for funding support

About Alan Lauder 1 Article
Alan is an ornithologist and sea mammal enthusiast based in County Wicklow. A nature conservation professional with over 30 years’ experience in NGOs and state organisations in both the UK and Ireland and most recently as an independent consultant and advisor. His work focuses on ornithology, nature conservation and wildlife management projects but also extends to engaging people with wildlife, wildlife tourism as well as management of research and survey programs, policy and strategy development.
Contact: Website Twitter 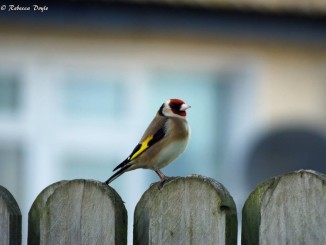 Wildlife in Winter: What happens to our common Irish species?