It is fair to say that hedgehogs are one of our (Ireland’s) best-loved animals. While no such surveys have been carried out in Ireland, the humble hedgehog has topped several popularity contests in the UK and was even selected as the national emblem in a 2016 BBC Wildlife Magazine Poll. They’re spikey, they have shiny little noses, they waddle, they make snuffly little pig sounds, they eat slugs and snails and they can roll into a ball – what’s not to love?

We have a single species of hedgehog in Ireland – the Western European Hedgehog Erinaceus europaeus which as the name suggests is the species found in much of western Europe. Its range extends from Scandinavia south to Spain and Italy and into parts of Russia. The Eastern European Hedgehog Erinaceus concolor is found in central and eastern Europe with some overlaps at the edges of their ranges. Hedgehogs were introduced to Ireland around the 12th Century possibly by the Normans (Montgomery et al., 2014).  They are now considered a naturalised species in the Irish fauna and are found across the whole country in suitable habitat. They are not found on the offshore islands, at high altitudes, in wetlands or karst habitats.

Hedgehogs are considered widespread and common in Ireland. The National Biodiversity Data Centre receives regular records of hedgehogs and they have been reported from every county in Ireland. Like most of our mammal fauna, they are listed as being of ‘least concern’ in the Irish Red Data Book for Terrestrial Mammals (Marnell et al., 2019); however, it notes:

The hedgehog (Erinaceus europaeus) and the stoat (Mustela erminea hibernica) would appear to have been underrepresented in Irish mammal research to date and more research on the ecology and conservation status of these species would be valuable.

In fact, the hedgehog has been the focus of just one PhD project in Ireland so far (Haigh, 2011) and a couple of earlier road mortality studies (Sleeman et al., 1985, Smiddy, 2002). Haigh’s research studied the ecology of the hedgehog in the rural landscape including their feeding, mating and hibernation activities as well as road mortality and genetic variation in the Irish population. However, as yet, the number of hedgehogs in Ireland is unknown and little is known about their density, distribution in the landscape and population trends.

In Britain, where hedgehogs have been more extensively studied the research indicates that the numbers of hedgehogs are in decline (Hof, 2009, Hof and Bright, 2016, Pettett et al., 2018). The causes of the decline are an intensification of agriculture, increased urbanisation and road traffic, and predation or competition from the badger Meles meles. Hedgehogs in Britain are the subject of conservation efforts on behalf of several agencies including The British Hedgehog Preservation Society and The Peoples Trust for Endangered Species.

Ireland has suffered many of the same ecological problems as Britain, and many native animals have suffered population declines due to habitat loss and degradation including many birds, invertebrates and mammals. It would be reasonable to assume that the hedgehog has followed a similar trend here, however, this cannot be confirmed in the absence of reliable scientific studies. This study sets out to address this knowledge gap and answer the key question – “What is the status of the Irish hedgehog population?”

Questions that will be addressed as part of this study include:

Given their nocturnal lifestyle, large home ranges and relatively low density in the landscape, counting hedgehogs presents some challenges! Citizen science has been used extensively to monitor hedgehogs in recent years (Hjorth – Johansen, 2016, Plenk et al., 2016, Tysnes, 2016, Williams et al., 2015). The first phase of this project is to engage citizen scientists and volunteers in mapping hedgehogs. This has a few elements. Firstly, the general public is encouraged to report casual sightings of hedgehogs via the NBDC Biodiversity Ireland website. It is hoped that this recording scheme will generate data on the current distribution of the hedgehog and to identify gaps in the distribution.

The second element is the volunteer survey which follows the methodology developed in the UK by Yarnell et al (2014) which uses footprint tunnels to examine hedgehog occupancy in various habitats. Using occupancy analysis, they determined that surveying at a density of 10 tunnels per km2 for 5 nights was sufficient to determine if hedgehogs were present or absent from a site with 95% confidence. Fieldwork for the current study had to be scaled back this summer due to restrictions around the COVID-19 situation so for now, a garden hedgehog survey is being promoted where volunteers are asked to survey their garden for hedgehogs using either a trail camera or a footprint tunnel that they can make at home. The results of the survey are collected in an online form on the project website. It is planned for spring/summer of 2021 to expand this survey to the wider countryside and target specific habitat types for hedgehog occupancy surveys with students and local volunteers carrying out the survey work.

A questionnaire for farmers is also being circulated which collects data on farm type and hedgehog presence. In addition, several wildlife rescues are keeping records on hedgehog admissions which will provide information on causes of hedgehog mortality.

In the following years, it is hoped to examine hedgehog density in different habitat types such as urban and suburban habitats and intensive and extensive farmland and ultimately to make a reasonable estimation on hedgehog abundance in Ireland. It is also hoped to examine badger predation of hedgehogs using DNA analysis of badger scats.

If any readers would like to learn more about the project or if you would be willing to volunteer in the survey, or to collect badger scats or hedgehog cadavers, please get in contact with Elaine at elaine.oriordan@nuigalway.ie

Enjoy reading about Hedgehogs? Check out BioWeb’s other Hedgehog articles:

HJORTH – JOHANSEN, I. 2016. Piggsvin (Erinaceus europaeus) i Oslo : vurdering av metoder for kartlegging, inkludert bruk av sosiale medier, samt betydning av arealbruk for arten Hedgehog (Erinaceus europaeus) in Oslo – Assessment of Methods for Surveying, including Use of Social Media, and Significance of Land Use for This Species. Norwegian University of Life Sciences, Ås.

HOF, A. R. 2009. A study of the current status of the hedgehog (Erinaceus europaeus), and its decline in Great Britain since 1960. PhD Thesis, University of London.

About Elaine O'Riordan 1 Article
Elaine O’Riordan works in the Zoology Dept of NUI Galway as the Project Officer, supporting final year undergraduate students in their research projects. She also runs and teaches on the International Summer School in Ecology at NUI Galway. Elaine has a broad interest in all areas of natural history but has a particular fondness for bats and of course hedgehogs. She has recently embarked on a part-time PhD on the Ecology of the Western European Hedgehog Erinaceus europaeus in Ireland. Prior to this, she worked for several years as the Galway County Biodiversity Officer. She has a MSc in Ecosystem Conservation and Landscape Management from UCC and BSc (Hons) in Marine Science from NUIG. 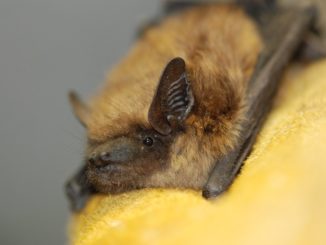 Fantastic Bats and how to Find Them – Promoting, preserving and attracting Irish Bats 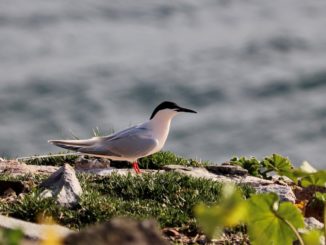 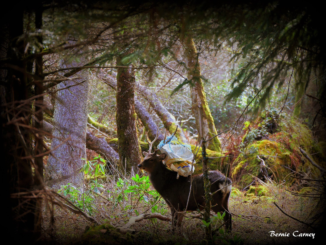