Frogs and toads play a wide variety of roles in ancient cultures, appearing in stories, myths, legends, fairy-tales, religions, art, and proverbs. Often nature is looked to for inspiring stories to explain the inexplicable; in trying to make sense of the unanswerable, humankind has a tendency to subordinate itself to a higher power beyond comprehension.

During the days of the European witch hunts, frogs and toads were often depicted as familiars, which were said to be given to witches by the devil, sent out to do a witch’s bidding. In folk religion and occultism, frogs became associated with witchcraft and were valued ingredients for love potions. However, they were not always reviled as evil. For many cultures, these amphibians were symbols of divine powers of fertility, rebirth and regeneration. Given a frogs almost poetic transformation and lifecycle from tadpole to a completely different adult form, it is little wonder than many cultures view these creatures as positive symbols.

In ancient Egypt, the frog appears as a symbol of fertility and renewal relating to the annual flooding of the Nile which brought with it thousands of frogs. This consequently led to the mythology relating to Heket. The water goddess Heket often appeared as a woman with the head of a frog – frogs were also the symbol of the midwife goddess Heqit, who ruled conception and birth, Egyptian women often wore amulets in the form of frogs in the hope of it bringing good fortune.

It is therefore not surprising to imagine how frogs came to be viewed as favourable symbols, with its prolific fertility and association with the vital human element – water. A lesser-known Egyptian god, Kek, was also sometimes shown in the form of a frog.

In Chinese tradition, frogs represented the lunar female energy “yin”, and the frog spirit Ch’ing-Wa Sheng was associated with healing and good fortune. These meanings can be traced to the myth of the Moon Goddess. In the tale of the Moon Goddess, Chang E was transformed from a girl into a toad. The toad is a highly reproductive animal which is why the ancients worshipped toads for procreation. The ancient Chinese saw the toad as a predominantly female force, a negative “yin” in opposition to the positive male “yang.” The moon was the ultimate symbol of yin, and many Chinese tales refer to the toad whose face is visible at the full moon. The moon-toad was also thought to occasionally swallow the moon, causing eclipses.

In Japan, a similar legend involves the Gama-Sennin, also known as Kosensei, a wise old man whom himself resembles a toad, wanders the land with his toad companion. This toad teaches him the secret powers of herbs, and like in China, the secret of immortality. This may be a link to the many shamanistic traditions where hallucinogenic compounds derived from frogs and toads are used for religious rituals of communion with the spirit world and self-transcendence.

Another power attributed to frogs and toads was alchemical in nature. Because some species were purveyors of poisons, their skins were made into powerful drugs, which prevented illnesses, healed wounds, induced hallucinations, and killed enemies. These myths have some threads of truth, as many species of frogs and toads do contain poisonous compounds and hallucinogenic alkaloids.

The early Aztecs saw the frog as Tlaltechtli, the earth mother goddess, embodying the cycle of life and death and were popular in stone carving.

In ancient Mesopotamia, frogs symbolized fertility and birth rituals while in classical antiquity the Greeks and Romans associated them with harmony.

In Medieval Europe, toads were thought of as negative creatures whose evil blood was used as a potent poison and whose body parts were associated with supernatural magical powers. Some of these negative amphibian views were first created by writers in Classical Greece and Rome, notably, Pliny the Elder who claimed, “a toad’s presence will silence a room full of people; a small bone from a toad’s right side will keep water from boiling; a bone from the left side will repel the attack of dogs.”

Llamhigyn Y Dwr, also known as Water Leaper is a malicious, evil creature from Welsh mythology and folklore that lived in swamps, ponds, rivers, and lakes. It was said to be a giant, limbless frog or toad with a bat’s membranous wings (although sometimes depicted with bird wings) and a long, reptilian tail with a large venomous tip. It was said to prey on fish, sheep or even fishermen. Llamhigyn Y Dwr was said to shriek, stunning its prey, whilst it leapt from the water snapping at fishing lines and dragging fishermen into the water.

Sadly, amphibians are in decline worldwide. The causes for recent declines in amphibians are complex, but an emerging disease called chytridiomycosis and global climate change are thought to be the biggest threats. Chytridiomycosis is a disease caused by the fungal chytrid pathogen Batrachochytrium dendrobatidis. But now amphibians are also under attack from another pathogen known as the ranavirus, which exists in at least four varieties. The rise of such diseases is not only damaging to amphibian populations, but also the environment. This is due to frogs, salamanders and toads playing a vital role in the maintenance of healthy ecosystems, for instance by the consumption of disease-spreading mosquitoes.

Conservationist, zoologist and ecologists alike are subsequently working tirelessly to conserve amphibian population and carrying out research relating to the diseases that are affecting them. Dr Jonathan Kolby is a notable example;

Since 2006, Jonathan has been working to study and protect frogs in the cloud forest of Cusuco National Park, Honduras.

After discovering that some of the endangered species were at risk of extinction due to the presence of chytrid fungus, Jonathan worked together with Omaha’s Henry Doorly Zoo & Aquarium to build and establish the Honduras Amphibian Rescue and Conservation Center (HARCC)

At this facility, staff will perform head-start and reintroduction activities to prevent the chytrid-driven extinction of three globally threatened, range-restricted amphibian species found in Cusuco: Plectrohyla dasypus, Plectrohyla exquisita, and Duellmanohyla soralia to name some. To help these populations survive in the wild, HARCC’s main objective is to collect young frogs from the wild before they die from chytrid, care for them at the bio-secure HARCC research facility where the disease can be managed, and then reintroduce them back into the rainforest as strong healthy adult frogs.  In essence, a system of allowing natural selection to run its course, without allowing these frogs to go extinct in the process.

“Frogs are incredibly important animals because they eat insects that can spread diseases to people, their tadpoles act as “river lawnmowers” and help maintain water quality, and many other animals depend on healthy frog populations as a source of food. When they start to disappear, it means something is terribly wrong in the environment, and at the moment, it’s the spread of diseases like chytrid fungus.”

Whether you view the frog as beguiling or beastly, these fascinating creatures entwined in richly imaginative stories, myths and legends of yore, play an imperative role in nature. May their populations increase so that they can continue to be cast in bewitching tales, and, most importantly their vital role within the ecosystem can continue.

A. Cottrell, The Illustrated A-Z of Classical Mythology: The Legends of Ancient Greece, Rome, and the Norse and Celtic Worlds

With special thanks to Dr Jonathan Kolby and Artist Neil Gaul

About Victoria Protheroe 9 Articles
With a lifelong love of nature and wildlife and a Master’s degree in research, Victoria Protheroe enjoys spending her free time combining these interests to explore new areas of wildlife research and conservation. Her current area of interest is with reptile care, specifically snake husbandry. 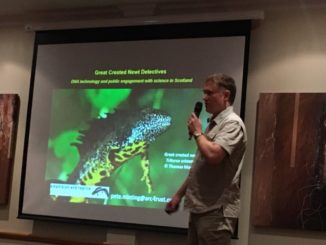 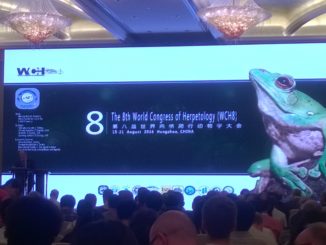 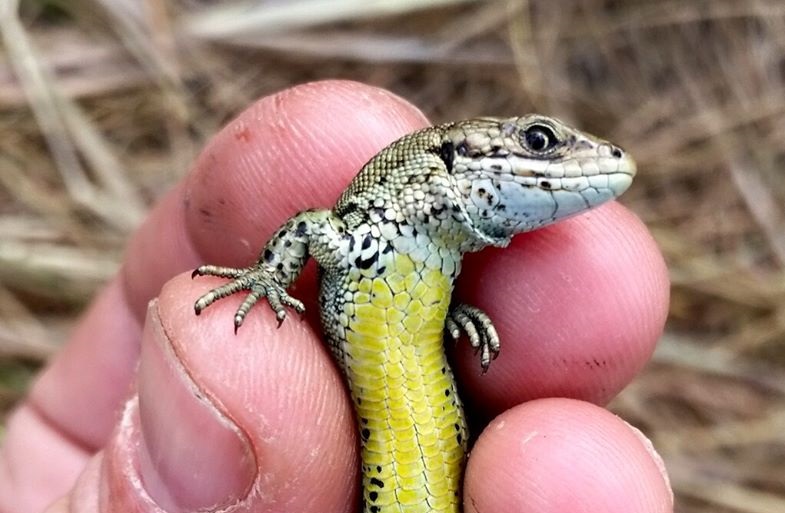